Several years ago I finished a post about garbage with;

“Wouldn’t it be amazing, that when we finally contact an extra-terrestrial civilization, they look at us with respect because of the respect we show for what we have, how we spend it, and what we save? Maybe we’ll be honored for that.”

Since then we’ve had several setbacks, several revelations, and several reasons for optimism. They all continue to add to a reason to also be building lifeboats because this ship isn’t turning quickly enough, at least for my comfort. Amidst the effort, I applaud frugal folk because frugality means respecting what the world provides. (See one of my other blogs, PretendingNotToPanic.com for news for those who are eager and anxious about the future.)

Several decades ago the conversation finally progressed to inspire the first Earth Day. They didn’t do that because they thought we could wait until 2019 to act. They did that because they already thought it was too late to not act. The plural ‘they’ were scientists, advocates, and simply people who cared about clean air, clean water, and sustainable living.

If you’re not several decades old you may not see the contrast in the relative lack of litter, the ability to see for miles, quieter and less smelly traffic, less smelly air around water and waste, fewer backyard fires, and more protections for wildlife and wilderness. Go back to that post mentioned above and see the impact of recycling, reducing, and even composting. Rivers in America are far less likely to catch fire.

For many, Earth Day is yet another holiday to ignore, partly because the only holidays to pay attention to are the ones that provide a day off from work.

I am glad to know several people who organize efforts based on the same philosophy frequently attributed to Teddy Roosevelt (who may have heard it from someone else);

“Do what you can, with what you’ve got, where you are.“

One recent initiative is the Whidbey Island campaign of the Taming Bigfoot Challenge, being led by Terra Anderson. Sure, Bigfoot is a part of the Western Washington culture (and some claim it is part of the Western Washington ecosystem), but this Bigfoot is the challenge to reduce individual carbon footprints. Ironically, the people most likely to sign up for such a challenge are the ones who already have small footprints. The biggest gains will be from those who have large footprints and have become aware of the benefits to having much smaller footprints.

I dislike generalizations, but there is one I am happy to witness.

Frugal people tend to have smaller carbon footprints. The planet benefits from less carbon in the air, but the people benefit from easier and healthier lives. They already live small. Housing costs go down, as well as heating, insurance, and maintenance costs. Time is saved, or redefined. It takes less time to tend a smaller house. It may take more time to tend a garden, but there’s a significant time savings when it comes time to make dinner because the ingredients may be closer to the kitchen than the car is. Bonus points for food that is fresher, healthier, and cheaper. It may take more time to bicycle to commute or shop (Occupy Your Bike!), but there’s less time and money spent on gyms and gas. I hope to find a way to manage at least part of my real estate career from my bicycle instead of my pickup truck.

Frugal people are aware of their values and the costs of time and money. Dwelling on values seems frequently to encourage people to concentrate on home, friends, and community. Concentrate on that enough and it’s possible to be so busy with projects and people you enjoy that there’s no time or reason to chase what’s being sold in ads. I see a car commercial and see waste, not the luxury they emphasize. I see ads for cruises and I see excess and a disconnect from the world, not the immersion I’ve experienced in traveling by bicycling and walking. I see ads for chain restaurants and see food I can make at home for far less where it’s easier to enjoy with friends. One meal out at a high-end restaurant can buy a week’s groceries, possibly with leftovers.

For many, Earth Day is just another day because for them every day is Earth Day. Earth Day has succeeded that well. Watch Facebook and notice how many people proudly display sunrises and sunsets, flowers and fields, people and pets. Food porn may be a thing, but the wider smiles seem to be on those who display their harvests from the garden or the sea. Talk to a mushroom hunter and hear someone who so values what they’ve found that they won’t tell you where they found it; and if they do, know that they trust you to keep a valuable secret.

I rarely celebrate Earth Day. Earning a living gets in the way of it and many other parties. And yet, when I look at what I’ve written and photographed and volunteered for I have to remind myself that I guess I’ve been working on those same planetary and frugality themes for so long that they are part of me. I’m not the role model several of my friends are who bicycle more than they drive, grow the majority of what they eat, and know the comfort of a down comforter is greater than the comfort of a cranked up thermostat. I do what I can.

My various Twelve Month studies are based on the simple yet uncommon idea;

“The best way to feel the sense the world is to be active enough to get out into it, and quiet enough to be able to observe it.” 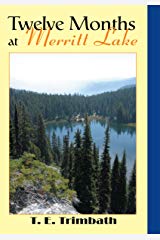 And then there are other benefits because it was a natural decision to accept the role of Site Steward for Hammons Preserve, a Whidbey Camano Land Trust property. Sure, the hat, sweatshirt, and glass are appreciated; but it is also gratifying to walk a property that is being preserved rather than developed or abandoned. It is gratifying to see roses fight back blackberries, and saplings grow tall enough for birds and shade.

I’m glad I live in a place that has more than Earth Day. Whidbey Island celebrates Earth & Ocean Month. Maybe eventually enough will decide to celebrate Earth, sustainably and eternally (well, at least until the Sun consumes the planet, but that’s another issue.)