“So, how are you doing?” “No, really; how are you really doing?” Working every day, usually at least ten hours, I’m making half of what I need. That’s the answer based on the present. There is an infinity of answers, and that’s true for me, society, civilization, and the species. My answers rarely seem to satisfy the most inquisitive, but I’m not being evasive. The only answers that are strong declarative statements are also facetious. Where we are is not where we’re going because nothing on the personal through the universal level can avoid change forever. The guess at the general direction is either extrapolation or speculation. Which do you prefer? How about a mix of the two?

Extrapolation is easy, but simplistic. Most folks in similar situations to mine have this same problem.

Speculation just entered the discussion. Something that isn’t happening, can happen, and if it does, then things can be much better. The least likely possibility is that things will remain the same. Here is where we enter the land of Too Many IFs. Here is where we enter the too-long response to “So, how are you doing?” I have several plans in action. They were backup plans, but now, every one is in operation.

Movie or not, that last one sounds like the least likely, yet my best jobs and clients have been unsolicited. Someone simply said, “Hey, Tom can do that. Let’s hire him.” It can happen again, but how can I plan on it?

People comment on my optimism and positive attitude, and wonder about its source. In the midst of everything I’m going through, how can I be so positive? It isn’t because of extrapolation. Yet, any answer that includes speculation can catalyze challenges and defenses, and uncomfortable turns in the conversation. So far, the challengers have been right. My portfolio hasn’t recovered enough. My business is not paying me enough. My house hasn’t sold. I haven’t found a job that pays enough. I haven’t won the lottery jackpot. Their extrapolations have been accurate. Of course, if I thought they would always be accurate and that nothing would change, then I should just give up.

This is the dilemma of the underfunded. The interest, sympathy, and support inherent in the questions is appreciated; but the simple answers are either too blunt, “Need more money.” or extrapolations from an inauspicious moment in time. The real answer is much more involved, relies on subjective speculations, and entails elements of faith, hope, and trust. The response sounds like dreaming instead of planning. Few have the time to listen to the long list of possibilities; and even if they do, it isn’t exactly a fun topic (unless great senses of satirical humor are present.)

We are engaged in similar situations within society, civilization, and our species. It is easy to believe that where we are is bad (both liberals and conservatives may feel so, though for completely different reasons) and that it isn’t going to change. We’ve never had unanimous agreement about morals and rights. The institutions and systems that are civilization’s foundations are not perfect. Their current imperfections may only be the consequence of the stage of our collective maturation, but the inequities in finance and power are very apparent. Our current population living its current lifestyle is not sustainable for the planet’s biosphere, and if the biosphere doesn’t survive, our species doesn’t survive.

Talking about the present, extrapolating from the recent past, and assuming nothing is going to change is the easy answer. It is the answer that fits in the news bite, at the cocktail party, or in a facebook post. It is the strong declarative statement that, at some level, is facetious. The popularity of the strong declarative statement that ignores change and possibility is why The Daily Show and the Colbert Report have more material than they can shove into a half-hour. The richness of the rest is why The Daily Show’s extended interviews are so engaging. I’m glad to see they are gaining popularity.

We can’t ignore the present. It is foolish to ignore change. I can’t ignore the fact that I haven’t paid my mortgage in over six months – and I can’t ignore the idea that something very good can happen and probably will. We can’t ignore our diversity of emotions, the imperfect elements of our institutions, and the current imbalances in our biosphere – and even if we ignore change, change will occur. The answers to both don’t fit into universally accepted sound bites. We will, however, probably get a lot closer by asking and listening, not just to where things are, or where they’re headed, but also to where they can go and where we want them to be. 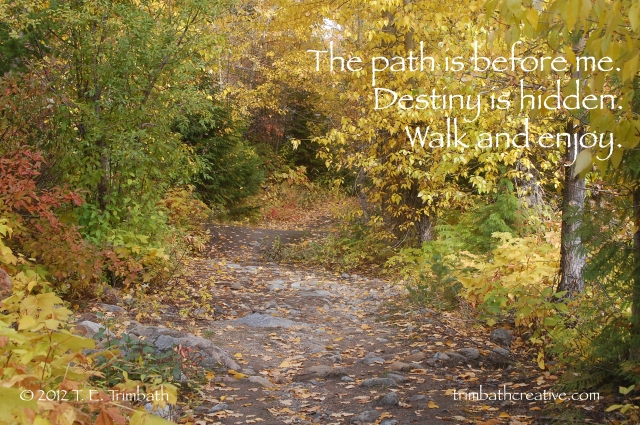 Reminder: It is almost time for my semi-annual review of my stocks. So, for those of you most interested in AMSC, GERN, GIG, MVIS, and RSOL, those reports should be posted June 30th. (Of course, if I win the lottery jackpot I might be on a vacation somewhere. Hey, it could happen!)