The poor Are Undercapitalized

I hate to admit it but a politician (Mitt Romney) got me thinking.

But first, mentioning the name of politician amidst today’s inclimate discourses requires disclosures. No. I don’t follow politics. But there’s no way to avoid hearing about it until after the election. Yes. I vote. “We the People” doesn’t have any meaning otherwise. And. No. I am not an R or a D. I am an extreme moderate I. I am certain (extreme) that the practical solutions require compromise (moderate) and that none of the parties represent my philosophy (independent).

OK, back to my necessarily interrupted first paragraph. Mitt Romney got me thinking about the 47% which for me reinforced the anniversary of the 1% & the 99%. Romney and Occupy made me think about the delineations we have within our society. We are proud to be a democracy, though really we are a republic, and we’re frequently labeled as capitalistic. If the delineations are based on money, then maybe we are emphasizing the last of those labels instead of the ones that started the country. Which got me thinking. If we are becoming primarily capitalistic and yet operating from our Constitution (Happy Anniversary there too), is there a way to use that to help “We the People“? Conventional Wisdom declares that one of the ways businesses succeed is to begin by being adequately capitalized. That suggests that the secret to our nation’s success could be adequate capitalization. The poor are undercapitalized. There are solutions for that, aren’t there?

The American Dream includes the concept of the self-made success. Someone with nothing can try to become whatever they want. That continues, but at stockholders meetings, in the news, and even in some personal contacts I see evidence that we are attaining a stratification similar to what we tried to escape when we revolted against England. If the rich were rich all of their life they don’t understand the poor. If the poor have never been rich they can’t understand the rich. My favorite insular wealth anecdote is the suit at the stockholders meeting that was complaining about his water bill. It was far too high. Of course it was for one of his vacation homes, the one where he had the landscapers install a rich, green lawn  in the desert. He was required to attend the meeting but he just stood in the back socializing. His level of passion appeared far out of proportion to the plight of people outside the building. I also know folks that have never had much and who can’t understand why people with money could have any problems.

I started near the bottom, having to sell my textbooks to pay the graduation fees; then prudently saved and invested and becomed a millionaire (DINKs have potential); and now am in the midst of a wild slide to a near-zero net worth as a consequence of a confluence of bad luck. (If you want more details, buy my book Dream. Invest. Live. and then read more of my blog.) If nothing else, my experiences have provided me with many personal perspectives and introduced me to people all along the delineations.

A steady income that pays a bit more than the bills is a wonderful thing. Someone with zero net worth can live a long and healthy life if their basic needs and a few luxuries are affordable. “Enough” liquid assets is a wonderful thing. “Enough” being a large enough asset portfolio to either draw down or to use to produce a sufficient and steady enough income. I’ve seen why the first million is the toughest, and how compound interest can take over magnificently. Combine a steady income and a large enough portfolio and ease is possible – but not assured. Money and emotions can be tied together, but good emotions don’t make money and money can’t buy truly good emotions. Money is external. Emotions are internal.

The American Dream provided for the possibility of the self-made success by allowing anyone to own their own business and live their own life. A successful citizenry would create a successful country. One of the tenets of business is that sufficient capitalization makes success much more likely. If the poor are poor, maybe it is because in general they are under-capitalized. If the American Dream is based on self-made success, and success is enabled by sufficient capitalization, then perhaps it follows that providing sufficient capitalization to those who don’t have enough would be an effective way of improving the monetary and emotional wealth of our nation.

The Occupy Movement voiced discontent, disillusion, and even disgust with the current system. They defined the distinction between the 1% and the 99%. It is catchy, but I think it has the same problem as any generalization. There are billionaires who live humbly and give generously. (Hey Steve, where’s that link on your blog about the frugal billionaire?) There are people in the 99% that are unethically taking advantage of the system, but it isn’t 47%. Some of the Occupiers want to eliminate the current system. I know many folks that would love to find an alternative economy that wasn’t based on currency. As in any movement, many of the Occupiers would probably be satisfied with keeping the existing system, but changing it. Our Constitution even acknowledges the need for regular change. My current situation would change dramatically if currencies vanished, and that is true for everyone except those that never had currency. Merely reinstating certain financial regulations would greatly restore my confidence in the stock market, though I can’t begin to reinvest until I find a steady enough income or a large enough asset portfolio.

My business, with its many ventures, is undercapitalized. Mostly that is because for years it was secondary to my main source of financing, which was my portfolio. When my portfolio grew enough I looked forward to funding my business better, but at the time the returns from my portfolio had much greater potential than the returns from my business. I put the money where it could return the greater investment. Oh well, welcome to the risk part of risk and reward. Many of the ideas I have are stymied by lack of funds. It takes money to make money and much of my money vanished as almost every stock in my somewhat diversified portfolio dropped by more than half. (My Semi-Annual Exercise) Things are beginning to turn around, partly because I’ve finished my five year project of photographing Whidbey (shop online or at Raven Rocks (until 10/3) or at the Open Studio Tour (10/6-10/7)); 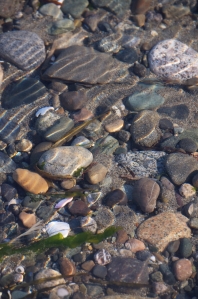 and partly because the word is getting out about my consulting business. (Two recent quotes: “That was amazing!” and “It’s all Tom Trimbath’s fault.“) As for those other ventures, well, they may succeed too, if I can find sufficient funds. (And yes, I am checking out Kickstarter, etc.)

I suspect my subconscious has been considering this ever since the poverty numbers came out for Washington State. I was surprised by the following data (which I subsequently posted in facebook.)
“In Washington state, the estimated poverty rate increased from 11.5 percent (774,000 residents) to 12.5 percent (854,000 residents) between 2010 and 2011.”
From Wikipedia: Population of Seattle = 620,778
In Washington State more people are living in poverty than are living in Seattle. Picture it. We could empty Seattle and Tacoma, fill it with those living in poverty and still have to find room for 20,000 more people.

Seattle is a powerful city. Imagine the potential impact of adding another Seattle to Washington State. Imagine the impact across the country if the idea spread. We invested hundreds of billions to help out industries and institutions. Why not do that for undercapitalized people? We wouldn’t be worrying about the poor. We’d be celebrating the We Aren’t Poor Anymore.

3 Responses to The poor Are Undercapitalized