I got paid! Yay! I got paid twice this month! Yay! Yay! (One was actually from selling a house in June, but paychecks can take a while to arrive in the time of Covid.) So, what am I going to buy? A new car? Nope. A long vacation? Not traveling far this month. I’m buying time instead of things.

OK. There was one big bill. I paid my taxes. That was a luxurious necessity because I had to pay (necessity) and was able to pay on time, in full, without borrowing to do it (luxury). (Side note to helpful friends: Cash buffers from friends definitely have helped, but fortunately, I haven’t spent all of those funds and was actually able to pay from my earnings. Sweet.)

OK. And I have started crossing items off my Retire Anxiety list (see my post Furnace Bicycle Mower.)  About a decade of deferred maintenance means that’s a long list.

And yet, I’m not going to eliminate that list all at once. Call it risk management. If you haven’t noticed, 2020 has been a year of Mondays, or Friday the 13ths. What new crisis, today? Really? The federal government’s secret police force teargassed the mayor of a major city? Didn’t see that one coming.

My main income source lately has been real estate. (State required disclosure: I am a real estate broker with Coldwell Banker 360 Team on Whidbey Island.) Other industries are having trouble, but across the country there’s a demand for rural real estate. #RuralDistancing Urban living has its appeal, but people are finding it hard to grow more than a few veggies and herbs on an apartment balcony. Over 4,000,000 people in the Seattle metropolitan area. Fewer than 200 houses for sale on Whidbey Island. It doesn’t take much for one population to overwhelm one island. And Whidbey is known far beyond Seattle. But, I digress. (But, that’s also why I got paid.) (See Whidbey Real Estate During Covid19 – July 2020, over on one of my other blogs: AboutWhidbey.com.)

It is tempting to retire anxieties, and maybe buy a few luxuries. From what I can see, Jeep is offering so many new car incentives that new cars look like they can cost less than used cars. My doctor and I agree that trading in my long truck for something that’s better suited for maneuvering around mountain hairpin roads would ease some tension, as well as help me get back into the alpine zone – a place where I truly relax. But, just because I can, doesn’t mean I should – yet.

One advantage of living a frugal life is that a little money goes a long way. Real estate may be busy now, but folks who are watching the pandemic data can see the possibility of re-tightening restrictions. If we’d done that back in March, we probably wouldn’t be in this situation now, but we didn’t, so we are. Every bit of cash I can save translates into a cash cushion that can see me through between paydays. There are other anxieties to retire, but knowing I have enough saved up for six months of frugal living is relaxing (my goal is twelve months), or at least not enabling the fear so many rightly feel about how they are going to pay their bills if the economy retreats.

(By the way, there’s a stereotype about how much money real estate brokers make. The commissions are large, but usually that’s split between the buyer’s firm and the seller’s firm, then those slices are sliced again depending on the firm’s policies. That’s the broker’s gross revenue. Subtract the cost of doing business and many (if not most) brokers are making less than minimum wage. A tough business; but at least one that is currently in demand.)

Assuming no major disaster happens (in 2020? Ha!) I now may have enough to live frugally for several months. That’s not a brag. I’m pleased about it; but I mention it because I see other people making the same choices. Maybe this is why Jeep is offering such good deals.

There’s a myth that poor people are poor because they waste whatever money they get. Allow me to shift that. It isn’t poor people. It’s people. People tend to waste money. Frugality isn’t common. From what I’ve witnessed, poor people are less likely to waste money because their needs aren’t met and losing money hurts them harder. The amount that a poor person may waste on a six-pack is very small compared to the amount someone wastes on a fancier trim package for their car that can do 180 mph, but shouldn’t because there are speed limits. All that extra power is a waste, and a dangerous one.

And there’s where the debate about a universal basic income begins…which I’ll leave to others.

Today, I splurged. I find it fun to wander the grocery and hardware aisles and break out of my normal shopping pattern. What do I usually walk right past? What have I denied myself from habit? I’ve found satisfaction in a herbs and spices, kitchen gadgets, maybe a better outdoor grill (one that isn’t rusted), a cheap car-camping tent to retreat to on hot nights.

I can imagine the frustration those in government feel when stimulus packages don’t stimulate the economy enough. People have the pesky habit of paying their taxes, paying down their debt, maybe taking care of medical expenses, and even saving the money in case they need it later. {sarcasm on} It’s almost as if they are responsible adults (which mystifies those who rely too much on stereotypes.) {sarcasm off}

Granted, it is hard to celebrate without a receipt in modern America. It’s almost as if true celebrations can’t be found in concocted advertisements. No one runs ads for living responsibly or frugally. A celebration based on personal values may not make sense to anyone else, but it may be the most valuable thing a person can do for themself. And, if that means months of money, well, few celebrations last as long or can mean as much.

But, it is fun shopping… 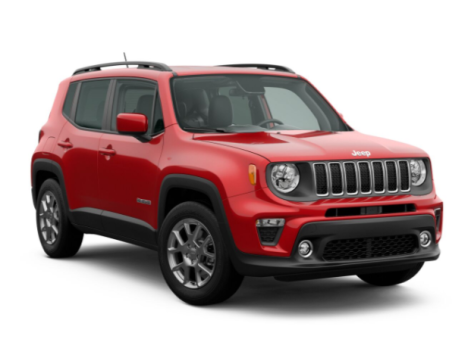