So see that word ‘Generations’ in the title? That’s the hint that this will be a bit of a throwback post to contrast with today’s situation. Astrologers know that when you are born makes a difference, but here I’m reflecting on different generations are born and bred into different assumptions. Behind any plan and most actions there are assumptions that change how valid those plans and actions are for others – including personal finance, but I’ll get there, later.

I am over sixty and younger than seventy. That means I don’t remember the polio scare, but I remember my parents being very glad I was given the vaccine. Sure. Whatever. I was a kid. Take the sugar pill. Put up with the new invention of a needle gun. Do what I’m told because the topics were too complicated to explain to someone who barely understands the basics of the 3 Rs. It was a time when people trusted scientists and doctors, and were practiced at following orders because a few wars had just gone by, and the threat of nuclear attack wasn’t abstract. I didn’t understand bio-chemistry, but I knew what a Fallout Shelter was for.

It was normal for kids to be quarantined. Besides polio there was mumps, measles, chicken pox, etc. that made kids stay at home, and have a sign in the window warning us not to visit. Of course someone contagious would stay home. Why would we infect anyone else in the neighborhood?

Flash forward to 2020 and I begin to realize that we followed directions so well that entire generations aren’t aware of the value of data, logic, science, and community. Deny vaccines? Sure. What good did they do in a young person’s life? Challenge authority? Sure. There is a value there, but to do so over wearing something that protects everyone? How strange these humans are. But, I see them as strange because my experiences bred in a different set of assumptions.

My Dad could never understand climate change, sustainability, equality, … He was born just before the Great Depression and was raised during it. His family was so poor they really didn’t notice it. But, he was raised in a company mining town, back when that was the stuff that inspired strikes and unions. He understood unions and solidarity (at least within that community.) When he was born there were just about two billion people. Many people still worked on farms. Fresh local food was the norm. Supermarkets didn’t exist. To him, the American lifestyle was sustainable. As for social justice, being a union steward was a major effort. He picked that battle and let others pick theirs.

The advice graduates are receiving from commencement addresses may be moot. They are graduating into a world where connectivity is assumed, sustainability isn’t, governments aren’t to be trusted, good and bad information is readily available, gigs and jobs are more common than careers, and various inequalities seem firmly entrenched. The world’s a mess and why did the previous generations let this happen? Throw in the invulnerability of youth and don’t be surprised if social distancing doesn’t make sense (especially as hormones are at their peak). They don’t realize the power of their collective votes. And too much of conventional wisdom sounds archaic.

Did you notice the sweeping generalizations? I’ve found insights while thinking about this, but I also keep the cautions in mind. Generations are built from individuals, and individuals are individuals. There are people from 1926 who understand all of this. The same is true of folks who haven’t graduated high school. It is one reason why I tune out when I hear things like; “Americans are upset about…” No. Americans aren’t 100% in agreement on anything. “Men are…” “Women are…” “Kids are…” “Boomers are…” Nope.

Too much advice is delivered to a generalization. One message doesn’t sell to every person. If it was possible for one person to always be able to convince everyone they met to agree to some idea, then everyone who met the Pope would become Catholic, and everyone who met the Dalai Lama would become Buddhist. And, I’d be curious what would happen if the two of them met privately (which I suspect they have.)

Obviously, there are messages here for advocacy, sales, or simply understanding each other. But, I want to steer this back to something less abstract and more direct. (This is ostensibly a personal finance blog.)

We’re probably entering another recession. We’ve had the Great Depression. Then the Great Recession, which I thought we should call the Second Depression. This pandemic has affected more people and more of the globe than the previous economic crises. System studies suggest that, even without a pandemic, our economic system is unstable. We should expect higher highs (just had those) and lower lows (which might be coming sooner than expected.)

The advice my Dad had about lifetime careers didn’t last. I followed advice about the Space Race and the Space Age, and became an aerospace engineer. That advice was either too late, as America backed off as I graduated college; or too early, as commercial companies are doing much of what I hoped to work on. If a new graduate asked me for advice I’d probably have something in mind, but I hope I’d hesitate and ask them about their goals, values, expectations, and situation. We may be alive at the same time, but we’re each living in a different world.

There are some basics that I will keep in mind as this crisis proceeds. Spend less than I make. Invest the rest. The caveat: As Long As You Can Pay Your Bills. #ALAYCPYB Currently, many can’t pay their bills. That’s a different world from those who can invest the rest. I am relieved that I sit closer to that balance point than most, and have reasons for optimism. (I suspect Whidbey Island is about to become more popular.)

With record unemployment, trillions of dollars being thrown at the moment, a pandemic that hasn’t been contained, and that long list of troubles from climate to politics to justice, last year’s assumptions are already due to be reviewed. 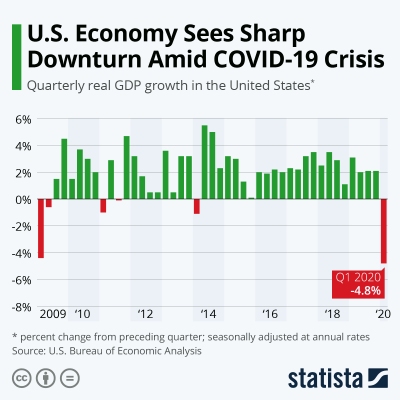 Life in the 1930s wasn’t life in the 1960s isn’t life as we are swept into the 2020s. I am encouraged to see people who aren’t assuming we’ll return to a normal (that never existed), and who are finding ways to live that reflect ‘now’ not some irretrievable ‘then.’

People respecting quarantine (or simply staying and working from home), a coronavirus vaccine, reforms in government and economics, and more sustainable lifestyles, imagine how much better things could be. Imagine what this generation will tell their generations, and whether advice from 1930 will persist into 2130.

Hmm. I wonder what some of my astrologer friends have to say about the 2020s. Some may not consider that ‘normal’, but normal isn’t what we need, right now.

1 Response to Quarantines Vaccines And Generations