You know your roof needs work when… you can see the rafters from on top. Earlier this year, the patch over a patch was blown off by a wind storm. The next day I stood on the roof and could see wood where there should be, well, roof. Oops. Uh oh. Go with the flow sounds like a good idea until it means water washing down the interior walls. A new patch and some new research found an old solution that’s frugal and that wasn’t suggested by any of the professional fixers I know. Not surprising, for many reasons. Let’s see how my fix works. 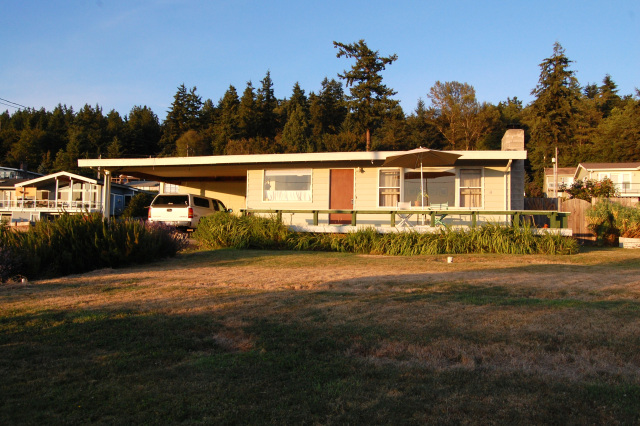 A good roof is important. Duh. This and other understatements are available for a small fee. ‘Having a roof overhead’ is the catch phrase for what homeless people hope for. Walls and floors are very nice, too; but the roof is the thing that gets mentioned first. Windows and doors get to take their turns, later.

A leaky roof is a major annoyance, and a structural threat even when the roof is working for 99.9% of the rain. I was annoyed for months when I lived in a relatively fancy neighborhood in Bellevue, WA because there was one leak, we couldn’t find the source outside, but inside the leak flowed down a vent pipe, then dripped onto the electrostatic starter for a gas cooktop. The rains would start. The drips would follow. Throughout the night, the starter would tick, tick, tick. Very annoying. Even more annoying was crawling into the barely-crawlable attic at the other end of the house to empty and replace a bucket that was in the attic over the kitchen. Eventually we found the cause: a six foot gash in the roofing paper under the shingles. Someone probably sliced it up during installation, and it sat there for years until it separated enough to let the water through.

That was shingles. I’m not a great handyman, but I can fix shingles. (Roof shingles, that is.) This house has something else.

“Does the roof need to be replaced?” “Yes.” That’s the essence of the conversation I had with a few roofers soon after I bought my current house. That response, however, was like that I usually receive from contractors. Why would they answer No to potential business? Maybe the work needs to be done, but maybe it’s just a business decision for them. 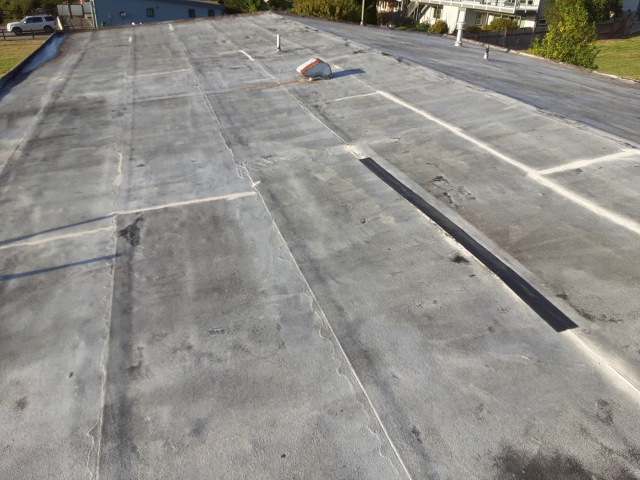 I originally researched replacing the roof of the 1964 era beach-ish cottage (that can see the beach but isn’t by it) when I bought the house in January 2007. My net worth was diminished by the large downpayment; so I hesitated. Surely my portfolio would return me to full retirement soon. Wait a year and my portfolio would surely grow by more than enough to pay for a new roof, and it did, then it dramatically didn’t. (Details in My Triple Whammy.) Twelve years later, I wonder if I should’ve spent the money or whether I’m better for saving those thousands for when a perfect storm of bad luck hit.

It was obvious there’d been a leak before. The living room ceiling just happens to have a patch under a patch on the roof. Probably not a coincidence. Patches don’t last forever. Their patch was some type of tar glopped onto a crack in the roof material. After years it dried, hardened, buckled, and cracked. The patch was such a mess that there was now a ridge of useless tar. Chipping that off would probably make things worse because the roof looks like it is mainly some roofing fabric rolled out and glued together. But hey, if it works, it works. I tried sealant foam, which worked for a while. 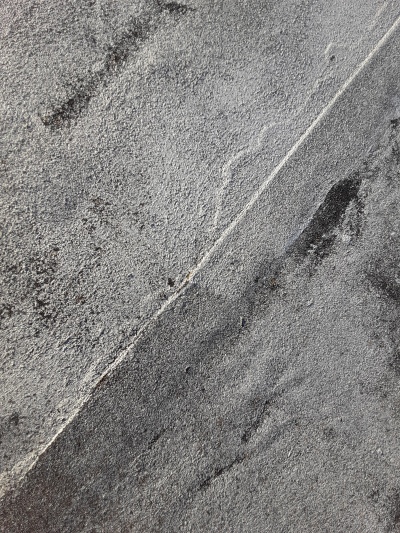 Eventually I upgraded to a beefier version of duck tape (which conjures images of a beefy duck, or a duck the size of a steer.) That worked for a season or two. When I got worried, I’d add another row of tape. After a few rows of tape, the roof looked like it was growing shingles. Then, the wind caught an edge, peeled back a few feet of rows of tape, and repeatedly slapped the roof with the mess for hours during a storm. The next day I climbed up there and saw wood exposed to the sky. I checked in with several hardware stores, got much more pragmatic advice from the shopowners, and ended with a re-application of the tape. At least for a while.

Ask around enough and answers change, and hopefully spiral into a solution. Roofs age. Mine was more than twelve years old, looked decades old when I bought the house, and would benefit from an upgrade. Unfortunately, it was constructed in 1964 using a technique that no one wanted to repair or replicate. Total roof replacement estimates came around to about ten thousand dollars. Ask some more, and get repair estimates of a thousand or two, but no one wanted to work with such material – especially when new roofs and new materials are easier and more profitable. Ask some more and … accidentally find DIY videos on YouTube about waterproofing flat roofs. Hmm.

My house’s roof isn’t flat, but it isn’t steep enough for shingles. The videos were about flat roofs, but one or two made mention that the paintable sealants worked on slight slopes, too. Hmm. Hello, hardware store, again. I’d just (almost) finished painting the outside of the house thanks to old paint, discounted mis-tints (where someone didn’t like that particular shade could you make it more mauve), and finally a color match and a custom mix of a couple extra gallons. I went back to the same salesperson, asked about roof paint, and put in yet another custom order. This time it was for fifteen gallons of very thick, glaring white.

Several years ago, the EPA conducted a study that proved that painting roofs white was a simple way to save energy. The answer was so simple yet so significant that it faded, possibly because we expect more remote, complicated, and painful solutions to big problems. The idea that painting a roof white would help would also require actual action by homeowners. Sadly, complaining and finger pointing are more popular than actually doing something personally. A white roof can’t reduce my air conditioning bills, they’re already zero; but a white roof that can reflect some of the sunshine can;

Sounds good to me; especially because my west facing windows can raise the living room temperature into the nineties. Very tropical. 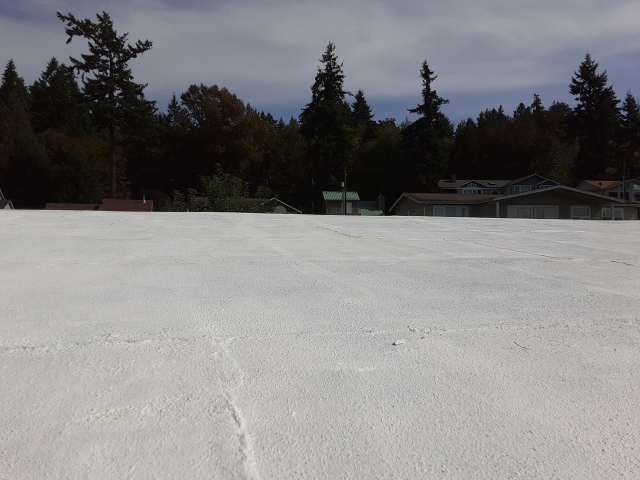 Some smart supplier realized the benefit of making a paint that is reflective and contains waterproofing. A gallon of it costs about the same as a gallon of regular paint. They make more per square foot, though. A normal gallon of house paint can cover about four hundred square feet. A gallon of roof paint is much thicker. It can only cover about one hundred square feet. My 868 square foot house plus carport plus utility room roof looks like it will require those fifteen gallons. Buying in bulk will bring the price down to about four hundred dollars, much better than thousands or tens of thousands.

The work’s not done, yet. I started with ten gallons (two five-gallon buckets), and they covered the living area. Hopefully the rest gets covered this weekend.

Painting a roof may not be a compelling story, unless you have a leaky roof, are frugal, or want to see what simple solutions can provide. In the meantime, I have plans to protect my house this weekend, then apologize to the garbage collectors that will pick up a heavier than usual can on Monday.