A friend reminded me;
“Better is the enemy of good enough.”
which brought to mind,
“Humans are imperfect. So, if you think you’re perfect, you’re not human.”
and,
“No plan survives contact with reality.”
But it would be so nice if things were done right. Right. But striving for the perfect version of right means many things don’t get done – and there’s so much that needs to be done personally and globally.

My plans certainly haven’t worked out. Conventional wisdom holds that “If you imagine it, it will happen.” (Assuming certain levels of effort, of course.) I planned to work on the second generation space shuttle, which I did, but we didn’t build it. Alas. I planned to retire early (which I did) by living a frugal lifestyle (which I still do). It looked promising to such an extent that many people thought I was too positive. Then, partly thanks to my Triple Whammy, I was un-retired; at which point many of those same people told me I wasn’t succeeding because I was too negative. (Do they listen to themselves?) And yet, I will give myself credit for accomplishing a lot. (Now, if only I could get paid for it!)

Life isn’t dull. Ideas run around me thanks to friends who are artists, entrepreneurs, inventors, and creatives. Ideas, plans, actions, accomplishments. It’s a natural order. Ideas are in great supply. Plans are fewer, which means each plan is an accomplishment; but unless they lead to action, the accomplishment or goal is less likely to be met. Actions are impressive. People actually doing rather than just talking tend to get noticed, even if they’re working quietly. Accomplishments make the news, frequently with a suggestion that it was inevitable and that anyone could’ve done the same thing if they’d followed the same steps. Life is more complicated than that.

I enjoy planning. Want a multi-level, multi-year, program plan for your multi-million dollar project? Sign me up! I actually enjoyed drawing out plans for designing, building, certifying, and operating new types of vehicles for Boeing. It wasn’t directly my job. My job was to design to them to fly safely. Between a sketch of an outline of a concept and something airlines would buy and operate was a great gap of “invent something here.” I’ve done similar things for non-profits, and those creatives I mentioned above. A plan can be scary because it looks like it is set in concrete, but it is written in sand that will shift as soon as anything happens near it. But, without that plan, accomplishments rely on luck (or very flexible goals.)

“But hey, I’m the guy who bicycled across the US without a route, and walked across Scotland based on a flight in and a flight out.” That worked because I had no expectation that I’d reach Key West or Aberdeen. They were vacations based on day-to-day plans redefined every evening. But there were still plans, and actions. 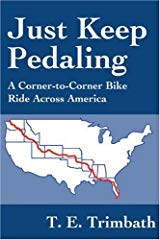 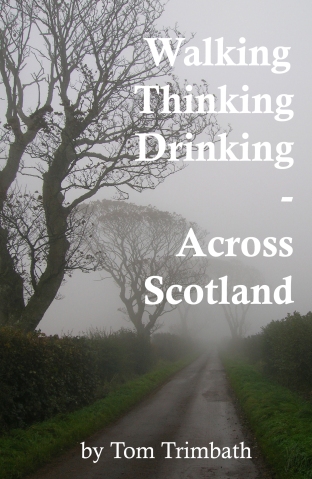 Personal finance is intimidating. Someone in their twenties understandably doesn’t want to have to think about what their life will be like in seventy years. There’s no way to plan for that, especially in this time and place. Within the next seventy years the planet, technology, society, and the economy will shift. That does not mean not planning. It does mean planning for the long term by making continually updated short term plans. Spend less than you make and invest the rest will continue to be applicable as long as spend, make, and invest are applicable. Maybe they won’t be within that time. It’s easy to imagine changes to climate, weather, computers, artificial intelligence, justice and injustice, financial inequality, and even the nature of currency. If a plan assumes life in 2019 is a good guess of life in 2089 and never changes, well, that’s unimaginable.

Planning for life in 2089 is unimaginable, but look around and see how many people in 2019 are trying to plan and act as if it is 1949. Don’t get stuck in any particular period. Period.

At the other extreme is the classic “paralysis by analysis”. Prepare a plan, and before it’s acted upon notice that things changed, so go back and plan again. That can be done forever. It’s a great way to procrastinate. While I was encouraging someone else to act, I realized I was doing the same thing on another of my projects. I had a plan, but wasn’t getting to it because I didn’t want to get started until I knew the plan would succeed. Nice idea, but nothing was getting done.

So, last night I ignored my normal plans, sat down at the computer late which is not normal, and simply started even though I didn’t know exactly how I’d finish. Two hours later I produced a two minute video based on my most recent photo essay, Twelve Months at Maxwelton Beach. I was supposed to have that done months ago. I put off two hours of work for over a hundred days. It was one more item on my To Do list that was gathering electronic dust. Now, it’s available on YouTube.

Photos aren’t finances, but the principle applies. I had an idea. I had a plan, but I wasn’t acting on it. As soon as I did, the plan changed (oh, the vagaries of shifting software, or at least my memory of it), and a short time later I’d accomplished the task. Is it perfect? No. But, it’s good enough. How about plans for my finances? Sure, I have some. Working as a real estate broker means personal finance plans can shift with every sale, and with every gap between sales. 1) My goal is to get back to making more than I need to spend so 2) I can get back to spending less than I make and then 3) investing the rest. Then, I’m planning to un-un-retire or re-retire. You see, I’ve got these plans…