Breaking My Way To A Better Life

Guess what broke the other morning as I got into the shower. So much for water coming out of the little holes in the shower head. The water decided to spray out from a crack in the hose behind it. Not optimal. Things break, and sometimes that the only way I upgrade an appliance. If it isn’t broke, why fix it? If it is broke, its replacement will probably be better than what I was using. At times it seems as if the world is retreating, but progress continues. Whether that’s through inertia, stubbornness, or ignorance, things have been getting better, regardless of what I do. That’s a source of optimism, and optimism is worth a lot, lately.

They probably did make them better in the old days, whenever that was. But, they also made them differently. The shower head that broke was a replacement for a shower head that clogged from minerals in the water. About half the water came through the nozzles. The other half sprung from every crack in the plastic. It wasn’t totally useless, so I stored in on a shelf when I replaced it with a low-flow shower head that was made more affordable through energy conservation subsidies. That was an upgrade from the previous one that was a simple nozzle without a hose. The new one has the hose, several settings, looks nice, and comes with a metal hose. A nice upgrade for only $20. Amortize that over the number of showers it provides and it becomes even more affordable.

This is the time of year to reflect. How were things last year? What did I expect would happen this year? Are things better or worse? There’s more than one answer because lives are complicated.

As with every year, I expected this one would be dramatically better. Even with the turmoil of politics and disasters, I expected my workload, my portfolio, and some good luck would make this December much more comfortable than last December.

Last year’s promise was partly a series of job applications that looked promising. They fell through for reasons like: not having the word “Seattle” in my street address, and being overqualified for another job. Disappointing, and yet, this year my work load is just as high but is mostly directed towards a job that benefits from living on the island and having many qualifications: my gig as a real estate broker. 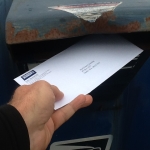 That’s promising, especially as Seattle’s market continues to be hot, and people priced out of that market may jump the moat to land on the island.

Last year’s promise was partly based on my portfolio. There will be a more detailed report later, but that fell short – even though I was right about a few things. GigOptix finally reached profitability – which led to the management accepting a great buyout that benefited them more than it benefited the rest of the shareholders. MicroVision made great progress, but not great enough to reach expectations. Hence, it languishes. The promise of AST, GERN, and MVIS remain high, or even higher because the companies have made progress.

Last year’s promise included the same amount of luck most of us get, which means I haven’t won the lottery jackpot, either – yet.

Despite unmet promises, I look around and celebrate unexpected benefits. The

truck broke down, but now it has a new belt, new battery, and a repaired axle seal. Driving around is more relaxing, something appreciated as I tour homes for sale.

The old, broken dishwasher was replaced with a free (plus installation charges) dishwasher. Labor saving devices are easier to appreciate when they’ve been unavailable for years. Now, the dishes can get washed while I type.

A friend was downsizing, and I got a new-to-me camera.

Someone bought the wrong boots at the thrift store for $15, and I got essentially new $150 boots for free.

Gardeners discarding old pots turned into a bonus for my garden, me, and my health.

A neighbor’s unused downspout gets repurposed as a way to fill yet another rain barrel.

Bicycle brakes squeal so much that I get them replaced, cheap, and find care free cycling again.

Overwork and under-care led to a bout of diabetes, which led to a better diet, more exercise, weight loss – and a retreat from diabetes. (Gotta watch that though. This time of year and this workload is a bad combination for exercise and weight gain.)

Speaking out on a couple of issues on Twitter turned into being interviewed about health insurance and the gig economy by Marketplace.

The year appears to be ending with money being a bit tight as I spend to build yet another new career. I’m told it takes about $2,000 to properly equip a new real estate broker. Don’t be surprised if the frugal part of me finds ways to reduce and delay those expenses in innovative ways. Those upgrades will come later, probably after a sale or two.

Little annoyances, which sometimes are accompanied by big grimaces, can lead to a ratcheting of improvements. What will my life be like next year at this time? It promises to be better, and I expect to have a few more improvements (particularly now that smartphones with embedded projectors are finally coming to America.) One thing that would be even better would be upgrading before replacing is necessary. It could happen. You see, there’s this leaky kitchen faucet, a window I’d like to replace, and …

1 Response to Breaking My Way To A Better Life