Bye To My GIG Buys

As a closure to my purchase of the various incarnations of GIG, I decided to analyze the many purchases and subsequent sale of the shares that became part of a final sale. Analyzing successes is easy. Being willing to analyze the ups and the downs is more difficult, but more enlightening. Here’s a quick review of the consequences of Long Term Buy and Hold of the stock of GigPeak, which had been GigOptix, which had been Lumera, which had been part of MicroVision.

Want to watch someone’s eyes roll back in boredom? Tell them you have a spreadsheet with over 30 years of trading history chronicled, ready to be sliced and sorted and studied. Hey, it’s what I do. If you tuned out, I’m not surprised. If you’re trying to learn about investing, here is a real world example of patience, a good idea, and someone else’s success.

I’ll skip most of the details, but here’s the quick story. I bought shares in MicroVision, MVIS, in 1999 because they had a great idea for wearable displays and embedding projectors in cell phones. Sounds inevitable, only a few years out, right? MicroVision had a secondary division called Lumera that had electro-optic technologies that would work well in the increasingly automated and connected world. I was impressed. MicroVision spun them off to raise money. I bought shares so I was invested in both. Lumera had amazing technology that could work in several industries, but had a tendency to be product-out rather than customer-in. The strategy of building something they hoped would sell itself didn’t succeed. GigOptix, however, was buying such small companies because it was expanding its electro-optical switch business. Lumera had two advantages: 1) it was already public, which made GigOptix publicly traded, and 2) Lumera’s technologies could hit very high communication speeds with no moving parts. Everything else from Lumera was cast aside and Lumera’s technology eventually proved itself and began generating more revenues than MicroVision. Just as GigOptix, now GigPeak, was about to become significantly profitable, the company sold out to a larger firm. Instead of a six-fold valuation increase which I thought was due, I received a 20% bump. Nice, but not nice enough.

If I wanted to only talk about the successes, I’d only mention the most recent purchase of GIG which netted a 50% gain in six months. But that’s only part of the story. Overall, I lost about 74%. If the stock had continued its recent climb I would’ve seen a nice profit. That was cut off by the buyout.

My investing strategy is Long Term Buy and Hold of Small Companies that I sell when they get Big. (LTBHSC? Nah, even that’s too long.) For details and data on the years up until about 2007, see my book, Dream. Invest. Live.

Fans of irony may enjoy comparing the dates of the book’s publication and the start of the Great Recession. It wasn’t my fault!

Part of the advantage of long term investing is the greater exposure to buying opportunities. They’re the same for everyone, but when you own the stock the opportunities are clearer. Since Lumera’s spinoff from MicroVision I bought stock seven times: 2004, 2005, 2007, 2011, 2011, 2014, and 2016. I lost money on every purchase except the last two and basically broke even on the two before that. Effectively, all of my losses were from the first purchases which were large relative to my current net worth, but small relative to my net worth at the time. 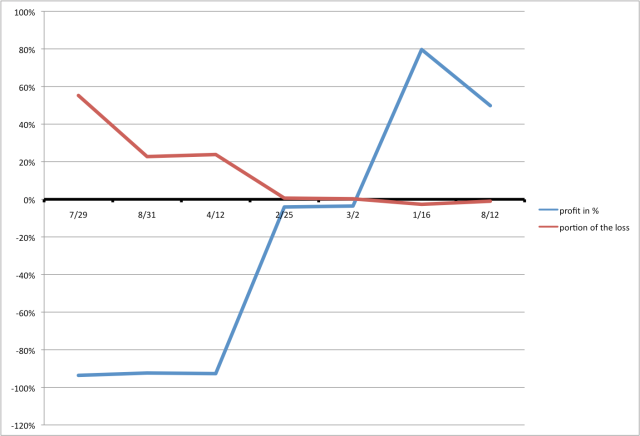 By only looking at the total loss I could do a great job of beating myself up. That’s still the loss I must live with, but I’ve wondered if my strategy that worked for so many decades was failing. Not necessarily. A couple of bad trades from a time when it was easy to take risks overwhelm the story. The reality is that, while the performance wasn’t stellar, it was succeeding and was primarily truncated by an attractive package to a few shareholders. I’m still bummed about it, and the situation I’m in, but I will give myself a bit of credit.

Individual investing is personal finance. It gets personal. If it doesn’t, then why do it? The last ten years can skew any results in the small cap investing world. The mega-caps are doing very well, which is big money chasing big money about which I have other opinions, but I don’t see a need to step back on that soap box in this post.

The reason for this blog is to provide real world examples of what it can be like to make finances personal, to invest as an individual, and to do so long enough to benefit from the experience. Start early. Learn along the way. Adjust as necessary. And, I wish you good luck, or at least a successful investing history. 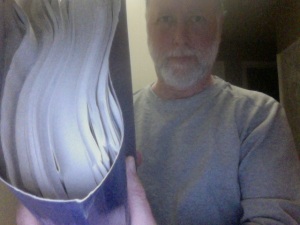 Over a decade of research heading to the recycle bin.