Eight years ago, I started this blog. It was the night after Barack Hussein Obama was elected President of the United States of America. The Great Recession (or as I call it, the Second Depression) had already begun. That wasn’t why I blogged. It just happened to be when my book on personal finance, Dream. Invest. Live.

Allow me to make that more personal because there are over seven billion ‘me’s on this planet and none of us are going to experience exactly the same future. It is a good time to compare where I was to where I am to where I might be.

Uncertainty reigns. It did then. It does now. It will later.

Then, the markets, the economy, and financial institutions were failing. Maybe it wasn’t the best time to publish a book on personal finance. That timing was set by many other factors, just the way our lives are driven by internal motivations and affected by external influences. My portfolio was hit, but not as hard as others thanks to some diversification. For a while, my recovery was stronger than most and looked to surge ahead – a great situation for a frugal person to be in. Sailboats were free, because people couldn’t afford maintenance and insurance. Stocks were cheap. Housing was cheap. Unfortunately, my finances were hit by a perfect storm of bad luck, my Triple Whammy. I lost about 98%, almost lost my house, couldn’t find a job, and ramped up my consulting business to seven days a week. Thank you, friendly clients. I’ve never known so many people who were homeless, unemployed, and all that goes with that.

Now, the markets, economy, and financial institutions look better. Jobs are back, though not fully recovered. Wages are up, though barely ahead of inflation – and falling relative to housing, health care, and education costs. My business has improved to the point that I can pay almost all of my bills; except for either health insurance or income tax. Health care is not an option; but the insurance is mandated, so I pay for it. Income tax is required, but I used the credit card for that. My small inheritance basically balanced out what I owed from 2015; otherwise, things would be tougher. My balancing act is not a solo performance. Others are worried, too. Financial anxieties are up to 36% from 20% in the last year, even while personal finances are improving. Investments are experiencing a weird swing of reduced commodity prices and negative interest rates, both of which could look like deflation; while necessities besides food are experiencing dramatic inflation. It is hard to know at the personal or global level if the uncertainties are temporary and improving, or signs of inherent instabilities.

Later, eight years from now, we’ll have a political history that upset some and was celebrated by others, usually about a 50/50 mix; though this time is more like 47/47/etal mix. I believe that secret ballots are important, so I’m not going to tell you which way I voted. My basic hope is that our political system is working more compassionately and effectively by then. Within eight years, every aspect of my Backup Plan can change. I’ll concentrate on the positives. My portfolio could recover enough to allow me to re-retire. Small, disruptive companies pursuing innovative technologies can make that happen. AMSC doing for power what fiber optics did for data. AST & GERN treating previously intractable ailments like paralysis and cancer. GIG & MVIS enabling ultra-high bandwidth internet and a radical advancement in computer interactivity. Real Goods – well, I have my doubts about them. Others are already telling me that my skills and talents are underappreciated and undercompensated, and that I should be paid four times more than I’m making now. Okay, fine by me, happy to help, that’ll clear a lot of anxieties. My house’s value is rising, which suggests a greater net worth – though, whether I decide to sell by then will hopefully be determined by personal rather than financial reasons. If all goes well enough, the sequel to Dream. Invest. Live. will be published (as well as another book or three.) Oh yeah, and I could win a lottery jackpot. And, I could still have thirty years left on my mortgage.

Of course, eight years from now it is likely that: the environment could be more dismal even while clean technologies are enthusiastically embraced (hello, electric vehicles), some financial instability will cull some anachronism (hi, Bitcoin), new technologies will make existing technologies obsolete (looking forward to graphene), some artificial intelligence may surprise us with its unexpected arise and redefinition of intelligence (singularities happen), and we may detect intelligences that aren’t on this planet (yeah, SETI!). So many things in our world are in great flux that at least statistically some will occur, and their coupled influences won’t be imaginable until that time.

Here, on the day before the election, we can’t know who will be elected. Polls and predictions provide fodder for conversations; but it is also possible that dysfunctional elements within our political system will interrupt a peaceful transition of power. That should, should, be resolved within eight years.

It would be interesting (at least to me) to see how many lives will be directly affected by the election. Much of what I’ve experienced would’ve happened regardless of who won eight years ago. The solutions would’ve been different, but there probably would’ve been solutions. Listen to the news, even when they aren’t talking about elections, and realize how little of what they report is going to change what you do for the rest of the day. That’s one reason meteorologists are part of most broadcasts; even if they’re wrong or uninteresting, their news is frequently the most useful. The two biggest governmental influences on my life in the last eight years were good and bad: the mortgage program that helped me renegotiate my mortgage to something affordable, and the health insurance that is so expensive that I can’t afford health care.

While we focus on the presidency, the greater influence in our lives is the bureaucracy. If the SEC was policing the investment community, the world may have a cancer vaccine and my portfolio would be very healthy. If foreign companies couldn’t steal intellectual properties, again, my portfolio would be healthy. Many of the machinations in our lives are dealing with policies that were established decades ago. Our next government will make necessary changes, but will take months or years to enact them.

Writing is an excellent exercise for sorting through thoughts. After several hundred words and reflecting on eight years of personal and global history, my plan will continue to be flexible, expect to be surprised, persevere, and hope.

Probably just for fun, or out of a bit of desperation, I managed to get a vote. I’m not even running for office, but a friend couldn’t decide which candidate to vote for in a local race – so, they wrote my name in. Who knows what can grow from such a small and powerful seed? No need to wait eight years. Check back here often. 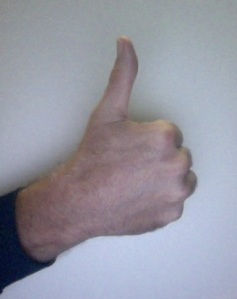