Well, that certainly didn’t go as expected, though it may have gone as predicted. MicroVision (yes, another MVIS post), finally announced its innovative smartphone that many shareholders have eagerly awaited for months, or for over a decade in some cases. The product is flashy, high-end, gaining world-wide attention – and the stock was down 9% on heavy volume. Evidently, the intersection of perception and reality was unpleasant from the market’s, and my, perspective. 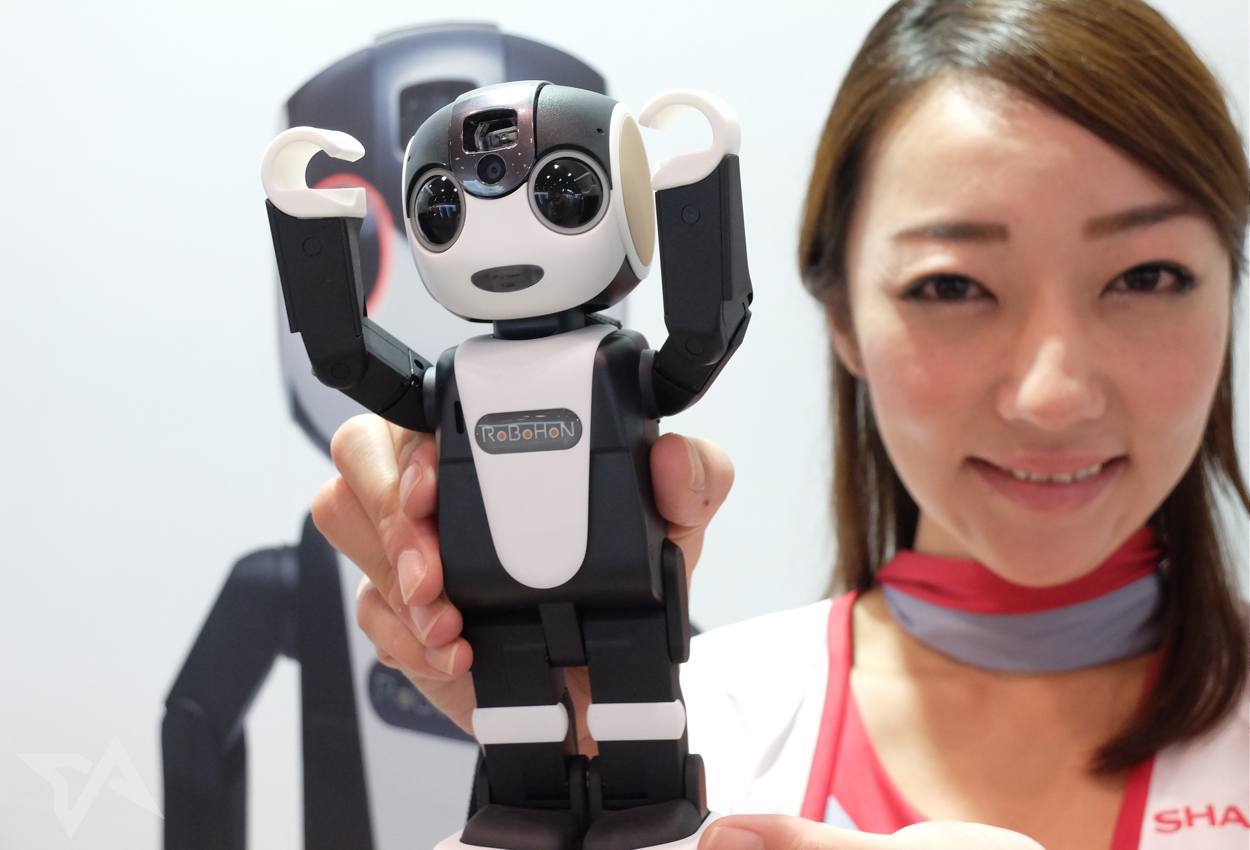 Today, Sharp announced the launch of a new product, the RoBoHoN robot with integrated smartphone functionality. It’s highly unlikely you’ve ever seen anything like this before. In one unit it is a robot, a mobile phone, a camera, and a projector. It can call out to you, walk across the room, take a picture of you, display the photo on any surface, and then remind you that this is what you look like before heading out on a date. Awesome. It isn’t available yet, but it is being demonstrated at CEATEC, an electronics trade show in Japan.

And MVIS stock was down 9%.

For months (years?) MicroVision management has talked about the possibility of an innovative smartphone that would launched in summer, then mid, 2015 by a Fortune 500 company incorporating MicroVision’s picoprojector technology. At one point, the CEO estimated that MicroVision would be profitable six to nine months after the embedded cellphone product launched. (If my brain was a database I could pull up the reference, but it was from one of the stockholders meetings a couple of years ago – I think.)

Some of us remember early MicroVision claims to embed projectors in cellphones more than ten years ago (Ericsson), even from before the invention of smartphones. It has been a long wait.

And MVIS stock was down 9%.

I am comfortable in portraying many (but not all, or even most) shareholders as expecting an innovative smartphone to be something like Lenovo’s Smartcast,

a sleek, though slightly larger smartphone that could project keyboards or large displays. If the Fortune 500 company wasn’t Lenovo, there were speculations about Microsoft (like their Lumia line), hopes for Apple iPhones, and even guesses about Amazon, Google, or any other Fortune 500 consumer electronics company. I don’t recall anyone saying Sharp would be the company. I don’t recall anyone saying the smartphone would be inside a robot.

Perception is important in most marketplaces. It is apparent that the preliminary perception of MicroVision’s statements didn’t match the reality. Instead of a professional smartphone that could pervade the smartphone market both in business and people’s lives, the product is an impressive toy. MicroVision couldn’t tell people ahead of the launch about the details of the product, but they could’ve managed perceptions by de-emphasizing smartphone and emphasizing innovative phone.

The perception is not a nuance. A smartphone that has a projector in it does not have the same effect as a robot with a projector in it. Smartphones can sell in the millions of units. Robots may, but it is more difficult for them to reach such levels. In terms of estimating the impact on MicroVision, either can elevate the company’s visibility. In terms of estimating the impact on MVIS, the more units sold usually means the higher total profits; a smartphone is at least perceived as being able to sell more units that sales of robots; consequently, revenue estimates may be reduced, expectations about embedded smartphones may be dismissed, and the stock price drops. If today’s announcement had been about Lenovo’s or Microsoft’s phones, the action probably would’ve been different.

We’re in October. There’s less time every day for new product launches in time for US holiday sales. I’ve read many comments today about investors thinking that, if they mis-perceived ‘smartphone’ they may also have mis-perceived MicroVision’s statements about other CES OEMs, HUDs, and projects like UPS’s trials.

Perceptions aside, today’s news is good news for MicroVision. Sales are sales, and if MicroVision has a deal with Sharp, that’s a nice addition to their deal with Sony (and potentially others.) MicroVision now has three product revenue streams: Celluon, Sony, and Sharp – all selling products that are meeting with positive reviews. At the end of the 2015, MicroVision can rightly claim significant improvements over 2014.

On a personal level, I will finally consider replacing my flip phone. I’ve held off for years because I planned to upgrade to a smartphone with MVIS inside (Image by PicoP). RoBoHoN may become a phenomenal success, or not. My work life could greatly benefit from an innovative smartphone with an embedded projector. It looks like Lenovo may be making one. I’ll have to give it a lot of thought and due consideration.