A cough and a sneeze collided, got lost, and now I have the hiccups. This is so distracting. It’s a little thing, but somewhere in my body is a bubble or a tiny twitching muscle that is making itself noisily known. Sniff. 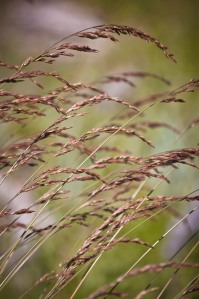 It’s pollen season and, even if my house wasn’t surrounded by vacant lots, I’d probably still be sneezing because every breeze carries a new batch from miles around. Pollen grains are small things, and are teaching me again that small things can have a powerful effect.

“If you think you are too small to make a difference, try sleeping with a mosquito.” – Dalai Lama

As a society, we like to speak of grand actions, sweeping initiatives and projects, and loud declarations. They have their effect, but dive into the histories and you’ll usually find one incident that began a cascade: refusing to give up a seat on a bus, a dare that a computer can be built on one circuit board, the realization that the Earth is a planet that orbits the Sun.

A common topic lately has been what’s coming next. Whether it’s because I’ve always been intrigued by the world and its forces and influences, or because I moved to an island community that considers grand things regularly, or because I created Pretending Not To Panic (news for those eager and anxious about the future), global topics come up in conversation more now. Society, economics, technology, environment, spirituality are all in the midst of accelerated change, or at least change that is easier to witness as the Internet has expanded.

For most, these issues are secondary to shopping, sports, and socializing for good reason; most days the bigger issues don’t matter. You may kayak out to stop an oil rig

that’s destined for the Arctic, but when you get home you still have to cook dinner, pay the bills, and do the laundry.

You could treat the big issues for the big issues that they are. Buy a Titan Missile Silo and be safe from even a zombie apocalypse, at least for a while. Buy a boat and live in international waters, just like in Waterworld. Become so self-sufficient that you can grow your own food, make medicines, build housing, and even make shoes regardless of the rest of the world; but you could also be very lonely, and a tempting target if everything else has collapsed.

A frugal response is to find the balance between preparedness and the cost of being prepared; being aware of the issues, while also being aware of how likely they are to change or happen. How much time and money can you afford to spend on getting ready for an earthquake, or a storm, or an economic collapse, or whatever you think is most likely and threatening. Everyone’s answer will be different, which is why diversity means at least someone will be adequately prepared. They become the guru, but only after the event.

One response is simple. Learn from those who’ve thought it through. The Red Cross, FEMA, the Coast Guard, and groups like the Mountaineers have established lists of essentials. Where you live and how you live determine what you need, but these are good places to start. The lists can look intimidating, but buying each item alone, the kits can be accumulated in a few weeks or months – or in a day as a package if you’re in a hurry. Boaters and hikers have a distinct advantage. They’re practiced at being self-sufficient and prepared for emergencies. Well-stocked backpacks

and boats already have first aid kits, extra food and clothes, and a few repair tools and materials. It’s amazing how vital a couple inches of duct tape can become.

I am a hiker who bikes and occasionally boats, and lives above a tsunami zone over an earthquake fault within a short drive to view three volcanoes. The geological threats are real, so it makes sense to keep supplies in the truck just in case I need to replace an ash-clogged air filter (oops, I just realized the filter is for the previous vehicle), or have to walk home wearing a filter for me. Everyone is supposed to have a kit in the car, and another kit at home. The stuff I’ve done for fun means all I had to do was toss an old backpack into the bed of the truck. At home, I created an earthquake kit by buying a plastic garbage can and filling it with those essentials and more, enough to do some repairs, and even build a small shelter. Tarps and ropes are handy. I considered it done when I had a hard time closing the lid.

Foodies also have an advantage. I’m always surprised when I hear that many people only have a couple of days of food in the house. Hurricanes Katrina and Sandy proved that three days supply is not enough, but most folks I know who like to cook have such well-stocked pantries that they’re probably supplied for weeks. All they need is water and some way to cook. I keep a rain barrel full and have a spare canister of propane available.

It doesn’t take much to be prepared.

It also doesn’t take much to require those preparations: a slipped rock along the fault, a tweeted video of an injustice, a few lines of code that hack major systems, a small mutation in a small virus, a tiny shift in the orbit of an asteroid.

Knowing the risks has less to do with generating fear and more to do with understanding how simple precautions can mitigate great risks. For, as great as the risks may seem, the reason we are still here and having to deal with them is because we have survived. Generations of ancestors took just enough simple precautions to navigate just enough of the risks to position us to potentially benefit from a great future; and all it may take will be a few simple, powerful things.

Now, I have to go make sure I have an adequate supply of antihistamine pills. They’re tiny, but their effect is impressive. Until then, Achoo! Dang pollen.

Hey, the hiccups are gone. Maybe that little bit of pepper in the vodka made a difference.