“Have a nice weekend.” The person behind the cash register was more sincere than you may expect because this is an island and the small towns are our rural equivalent of the big city. It’s Friday night, after I post this blog, if there’s enough time, I’ll work on creating an online store for some merchandise that will be available in time for the holidays. “Have a nice weekend.” I like the thought, but for me and many people I know, the weeks never end. And yet this week, which isn’t over yet, is like so many, sprinkled with tidbits that prove progress is being made.

It’s Friday night, and I’d like to release the next episode in Cooking With Cannabis – What Can You Do With A Gram, but that won’t happen until later, if at all. I definitely have an incentive to continue. Maybe it will help butter my popcorn later.

I look forward to telling you about a service I’ll be providing publicly, but it’s at the virtual version of the real world “Coming Soon” sign. As if I needed another project. I don’t need another project, but I do need a project that can reach more people. Fortunately, I’ve already seen demand rising as people stumble across it online. It isn’t passive income, but it has the potential to be much more than an hourly wage. And, it uses skills that I’ve been recognized for. Optimism persists!

In the world of finance:
Geron made news by selling off the last of their treatments. The market said, hurray!, and drove up the price of GERN almost 20% on ten times normal volume. I won’t complain about a 20% increase, or the interest from Johnson & Johnson in the treatment; but, I am also saddened that Geron, which had such independent promise for years, is reduced to celebrating the sale of some control of one of its last remaining assets. It may be just what they need, but at one time it looked like they wouldn’t need anyone. The more they sell, the lower the ultimate profit potential. The treatment, however, is as promising as ever and has great potential for more than just blood disorders.

GigOptix made news by not buying someone else’s assets. GigOptix is a tiny conglomerate. That may be an oxymoron, but the company has been buying even tinier high tech electronics firms. That much merger and acquisition action complicates the finances. I hope that isn’t their main intent. As a strategy, it has a lot in common with Cisco, which is now a $131,000,000,000 firm. GigOptix is a $40,000,000 firm. There’s another example of a stock that could grow 3,000 fold; but, I don’t expect it and suspect management doesn’t either. Their most recent acquisition attempt failed. I’m glad because I’d rather hear that management was working more on execution than acquisition. Maybe they’ll only do half as well. How about 1,500-fold? Or 150-fold, or 15-fold?

MicroVision didn’t have any news. But, with the holidays approaching, a lot of us are watching. Even a small announcement may move MVIS.

There was Dendreon news, but I already wrote about that sad story. Ah, DNDN, we had such a grand future, potentially.

That isn’t enough to fill a week, but entrepreneurs know the early phases of projects have many inefficiencies. Contractors and consultants know that having many clients is better than having none, but that inefficiencies are inevitable as attention shifts focus throughout the day and week and month and –  . Besides helping to establish a substantial museum, I’m also helping someone reinvent computer programming, helping an organization go through a major transformation, helping numerous people pursue numerous publishing projects, publicizing the work of highly specialized aerospace experts, jokingly help people enjoy real estate by writing light articles about living in Seattle, and somehow finding time to give talks, prepare presentations, advertise classes (Modern Self-Publishing and Social Media For Authors), support my book and art 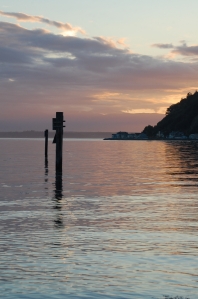 sales, and every day calculate if I’ve made enough to A) pay my bills, and B) pay my taxes. Somehow A) is happening. B), well, I’m working on that.

“Working on that” is why the week never ends. Hard work succeeds, but it ramped more quickly before. Now, I know of many people working every day. They may even see a blog as a luxury they can’t afford to write or read just as I see anyone taking two days off every week as living in luxury.

I’m glad I live in America. Few countries allow as many opportunities. Few cultures are based on a common understanding that some people will work this hard.

I’m also sure there are places that are better. Many countries provide more basic services such as health care. Most countries make it easier to take time off.

With all of that in mind, with the 6/7th’s of a week’s progress behind me, I think I’ll listen to myself, celebrate the accomplishments so far, look forward to passive or nearly passive income possibilities, and postpone an hour or two of work tonight. I’ll try to squeeze it in to tomorrow’s schedule. For tonight, I think I’ll call a dear friend, then make myself some herb-infused popcorn, and see if I can have a nice weekend – at least during the evenings.