When Free Costs Too Much

It happens surprisingly often. Eager, compassionate people appreciate and understand a fellow human’s hardship and heartache, then offer something valuable for free. Confusion scrunches their face as their offer is turned down from someone who couldn’t afford to buy the gift for their self. Why would you turn down something that is free, especially when there are no strings attached, no obligations implied? I know more than enough people from both sides of the offer. When you’re poor enough, even free things cost too much; but, you’re also likely to know what’s really valuable.

I’m glad I live where I live, amongst the people I know. They are the most supportive community I’ve met. Some claim that there are more non-profits per capita on the South end of Whidbey than anywhere else in the US. That may be. Island County has about 50 non-profits (501(c)(3)s) per 10,000 people, which exceeds all of the states except for Montana, Wyoming, North Dakota, and South Dakota. The champ is D.C., the other Washington, but that’s not much of a surprise considering the center of power. 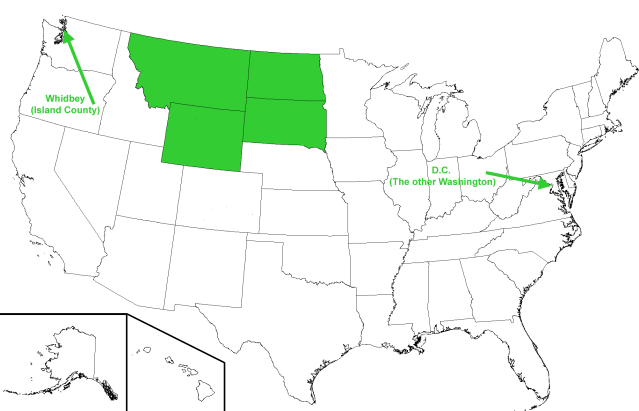 My experiences in mainstream suburbia were of anonymity, statistical averages, and bureaucracy. Help was available, though I didn’t need it at the time, but the anecdotes were of institutional assistance. The help was appreciated, but it came saddled with lots of forms and requisite verifications to compensate for necessarily impersonal and clinical fairness – in general. Stereotypes are always inaccurate, but the core story remains.

South Whidbey is not economically or culturally homogenous. Billionaires hang out with artists.

Commuters fill the ferries with each rush hour, only getting to mingle if they miraculously have free time. The same mix exists in other places, but small towns make the distinctions more apparent. If everyone doesn’t know your story, you’re either so good at keeping secrets that you should be a spy, or you’re a recluse ensconced at the end of a long gravel road winding between the trees. The consequence of comfortable wealth is the unleashing of advocacy as people seem to be more likely to spend money on an issue they are passionate about, and less likely to buy luxuries to impress. The consequence of the commuters is partly seen in their paychecks and payroll charity deductions matched by off-island corporations. The consequence of everyone else trying to get by on the island is a population that is either lucky enough to have found a full-time job (that probably pays less than off-island), or a population of entrepreneurship by necessity. It is common for a self-employed islander to have at least three businesses. Hi, I have redefined myself as a Consultant, Writer, Speaker, Teacher, Photographer, Engineer, Entrepreneur, etc. – emphasis on the etc.

(Most of my clients are non-profits and artists, which is usually just another version of non-profit.)

Put it all together and you end up with a crowd of passionate people who are very aware of the needs of others around them, and the ability to do something about it. A suite of non-profits arise that address local and global issues, and is funded by benefactors and paychecks. There are impressive organizations for supporting health care needs, housing needs, nutritional needs, pet needs, lots of needs. There’s more. Specialists and experts of many disciplines reach out and help with negotiable rates or even free services. (But the south end of the island doesn’t have a homeless shelter, despite people living in the woods; nor a hospital within twenty miles, despite an older-than-average population.)

And yet, a lot of the people who need the help don’t get the help, which can be massively confusing to those offering it.

I offer one example from my life which has been repeated several times. A friend knows about my stress, and is proficient in a therapy or treatment that may help me and my body to cope and heal. They offer a free treatment. This is a generous offer. Any of the retired wealth or regular commuters would pay a full rate that is probably half a month’s food budget for the therapist. The benefit can be enormous because properly managing stress can avoid massive medical bills. Why not say yes?

Look at any help from the other side. For a person in a financially tight situation, every minute and hour is precious. Entrepreneurs know that building a business can consume every waking hour. Profitability and enough savings to take a day off can be years away. Even when business is coming in, if it is via billable hours, every hour not working is an hour not making money. And we’ve already established that the person who needs the free help is the person who can’t afford any slack in their finances. The work drive becomes unrelenting.

If a treatment takes an hour, that may not sound like a significant deficit. Maybe it isn’t. But it takes more than an hour. Work has to be shut down and set aside. The commute probably isn’t instantaneous. The quicker way is to drive, but that costs precious gas. The cheapest way is to take the bus, if one is along the route, but that can eat up a lot more time. Set aside some time to change clothes if necessary. Get there in enough time to fill out the paperwork. Let’s assume there isn’t a wait. Then, after the treatment rewind, repeat, and get back to work.

An hour’s free treatment that may be worth a person’s health, may also take half a day of time and half a day of earnings. The free $120 treatment may cost almost as much in other expenses, which must be earned back at a much lower rate that takes even more time. Add another half day for that. Producing and delivering work on-time is incredibly valuable to building a reputation and increasing income. Deviating from commitments and obligations may mean not paying the mortgage. Health versus housing is a common trade.

People in financial difficulty usually receive an intense education and awareness of time and money. They must if they are going to recover from their situation. The dollars per hour are very apparent and the modifiers, like taxes, can’t be ignored. Eating out isn’t an option, and even a deli-lunch may be twice as expensive as eating at home or the office. A gallon of gas equals how many minutes of work?

But, there’s another cost that is just as evident and has nothing to do with money. A gift from a caring soul is precious, not because of the value of the gift, but because of the compassion of the soul. How do you say no to someone who is demonstrating one of the most admirable human values? Do you say yes even though you know it may cost too much of your own time?

It is a dilemma, and one that I feel vulnerable describing because I care about the people who care about me. How do I balance our mutual and individual respect and values?

I’ve been on both sides now: offers made and rarely accepted. I’ve come to realize that, whether the offer was accepted or not, at least one gift was exchanged that has immeasurable value. Two people cared about each other, which is free and priceless.

2 Responses to When Free Costs Too Much