Isn’t the English language marvelous? It’s been said that it never turned away a word, so it arguably has the largest vocabulary of any common language. Besides, if Stephen Colbert can make up words, so can I. I made up a new word today: dramastic. On many levels, life has been dramatic and drastic, or at least has felt that way.

This morning the lights were flickering because of a storm, but the power stayed on (mostly); my workload is satisfyingly constant, and I’m adapting to the effort and the storm; and I’m preparing for the meeting with the mortgage renegotiation meeting, as cash flow improves but hasn’t been received and posted. The word arose during a breakfast conversation with a friend who is leading an equally dynamic life – who has been involuntarily sidelined because both arms are in slings after a bicycle accident. Believe it or not, adding caregiver to my daily schedule hasn’t been an insurmountable disruption. We had to laugh at our situation, and my tired mouth tumbled up two words into one. “Well, it’s not as if life has to be dramastic.” With everything going on, there’s no need for drama or drastic actions.

I look forward to writing the post that signifies a pivotal moment when everything turns right again. It happens in the movies, but this blog is about reality. I’ll continue buying lottery tickets though. Hey, it can happen. That would qualify as dramatic.

It is unfortunate, but sometimes difficulties must be addressed with drastic actions. Accidents or sudden bad luck frequently require immediate responses from people willing to trust to intuition and training for choosing actions that are hopefully good enough. Thank you, emergency responders (for whom we should find a shorter title that isn’t just rescuers.)

Today’s storm, my business, my mortgage, and even my friend’s healing all benefit from some quick action; but the effectiveness of the quick action is amplified by months or years of undramatic, undrastic actions. Houses are built to withstand storms, and are stocked for power outages. My business is improving because I’ve worked on it for years. My mortgage situation has been a year-long maneuvering around options and responses that have benefited from considerable internal deliberations. My friend’s broken arms are recovering more quickly than most because decades of healthy living, exercise, and attitude produced a body prepared to repair itself.

Personal finance is rarely improved with dramastic actions, though the ceremonial cutting up of credit cards can be a life-changing ritual for many. Personal finance can be so dull because it is best done in innumerable, small, considered steps. The daily fiscal exercise of becoming a little more aware of expenses, income, investing, and most importantly values can seem so trivial and daunting that most ignore it.

Replacing a vending machine’s potato chips with a baggie of chips from a party-sized bag at home is a small thing. Saving a dollar a day isn’t much compared to the tens of thousands most people make in a year. After a day or two, using a thermos of homebrew (I’m thinking coffee or tea, but hey, to their own brew) may be more satisfying and much cheaper than standing in line hoping barista will get your order right. Develop the habit of looking for a simpler way to do things and the challenge becomes its own hobby. Play with that hobby long enough and create a life no one else can match – because it is based on your values, not someone else’s. And it probably costs less and is more gratifying. Others may see the actions as drastic or dramatic, but from within they are simple and obvious.

Despite, or maybe because of, my experience in the stock market I am frequently asked if someone should buy stock. It is impossible for me to know the answer. Only that person can know; and, because they are asking the question, I suspect they don’t know either. Whether it is stocks or bonds or commodities it is possible without any dramastic action to find what works. I suggest buy a little, wait a few days, and check your feelings. If it doesn’t feel right, sell. The advantage of liquid assets is that they can be sold again. Unless you’re hit with extraordinary good or bad luck, the selling price a few days later will be close to the buying price. Keep the cost of commissions down and you may have spent less than the price of a meal, and much less than the price of a counselor session. You may have even made some money. If buying feels right, good, but don’t take that as a reason to jump in with everything. That would be dramastic. Step and learn and check and decide what your next step will be. You may miss opportunities, but it is more important that you learn what and why you are doing what you’re doing. (And check my Triple Whammy again to see what can happen.)

I look forward to a positive and dramatic moment that returns me to financial comfort. In addition to state lotteries, many of my stocks are effectively lottery tickets. MVIS hitting $1,500 would be a 1,000 fold increase over Friday’s closing price of $1.50. Sounds incredible and I’m impressed with how many individual investors think it is possible.

I look forward to a positive and dramatic moment that returns our society to one that lives by the Golden Rule. It could happen. But many thought the dramatic rise of Barack Obama would create such a change. And yet, well, there’s evidently a lot of work to do.

Today’s storm is mostly gone. A short hail storm was probably the last episode in today’s event. As dramatic as it was, the only drastic action was to run to the windows and watch pellets bounce off the roof. The ice is melting. I think I’ll stir the fire, maybe throw on a log that I brought in earlier, and then put all of these concerns aside. I’m going dancing. I looked silly when I started, but evidently lots of playful practice has resulted in a reasonably full dance card. Nothing dramastic required. 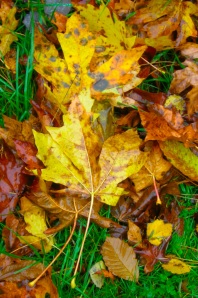